The Rockaway Beach House is a significant remodel of a 2,700sf existing 1970’s waterfront post and beam house. Located on a small east facing lot with sweeping one hundred and eighty degree views of Seattle, Mount Rainier, Mount Baker and the Puget Sound, the goal was to completely update the house and reduce its environmental footprint.

Planning and Zoning code required that in order to retain the location of the house near to the water the footprint and volume the house had to remain.  A small amount of area was added to square off the house at the kitchen and at the front entry.  Both of these additions were under the existing roof line so lot coverage was not increased.

The open floor plan of the existing house was opened up even more and the east facing waterfront façade was completely opened up into a 100 percent glass elevation to connect to the ever changing environment of Puget Sound.  To achieve this openness steel posts, beams and moment-frames replaced the existing wooden framework, most of which are expressed as part of the architectural language of the house.

With the goal of net-zero energy the challenge was to determine how to make the existing envelop meet or beat code.  The existing 2×4 framing did not meet energy code so of 1 1/2” of rigid insulation was added to the exterior of the framing and high-density batt installed in the framing.  6” of rigid insulation was added on the exterior of the roof sheathing at existing roof conditions and 2” of rigid on new roof framing allowed for an unvented roof assembly.

A 18 kW solar array provides energy generation and three Tesla Battery Walls allow for off-grid operation much of the year and during winter power outages, as well as power a Tesla Model S.

Standing seam metal roofs, metal and cementitious wall panels along with fiberglass and aluminum clad windows all make up a very low maintenance exterior appropriate for the waterfront location.

The Shoreline Management Plan directed the re-landscaping of the waterside of the house to native, drought tolerant plantings that re-establish the natural shoreline ecosystem, replacing exotic, non-appropriate species; as well as limiting patios, decks and walks to no more than the existing impervious area.  Native dune grasses flank the boardwalk that projects out to the existing concrete seawall. 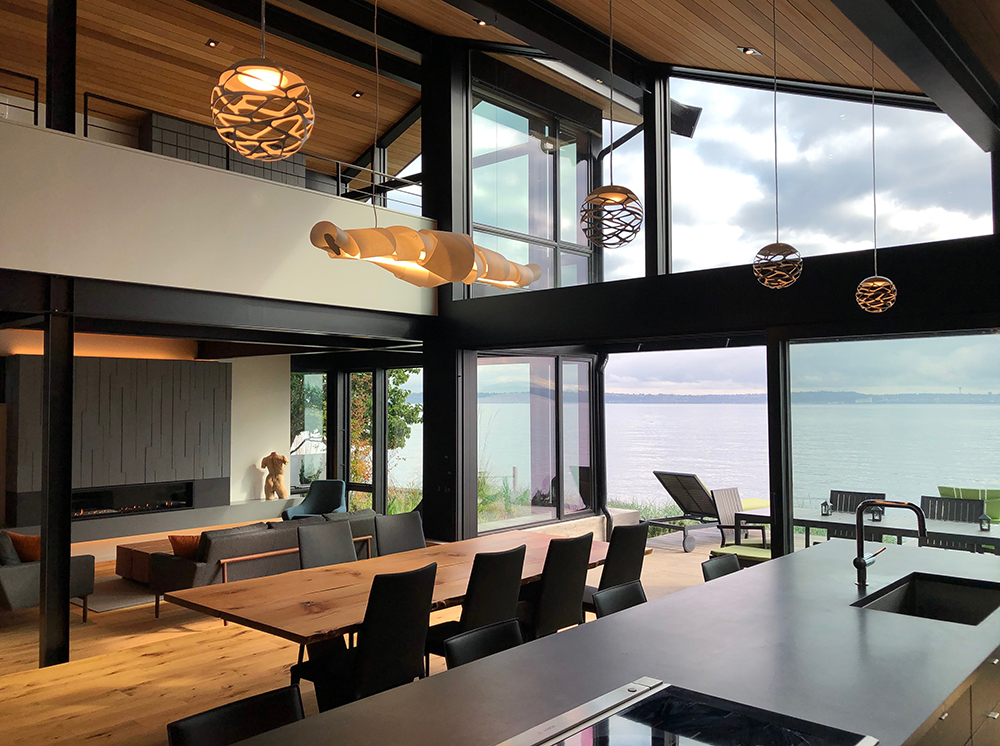 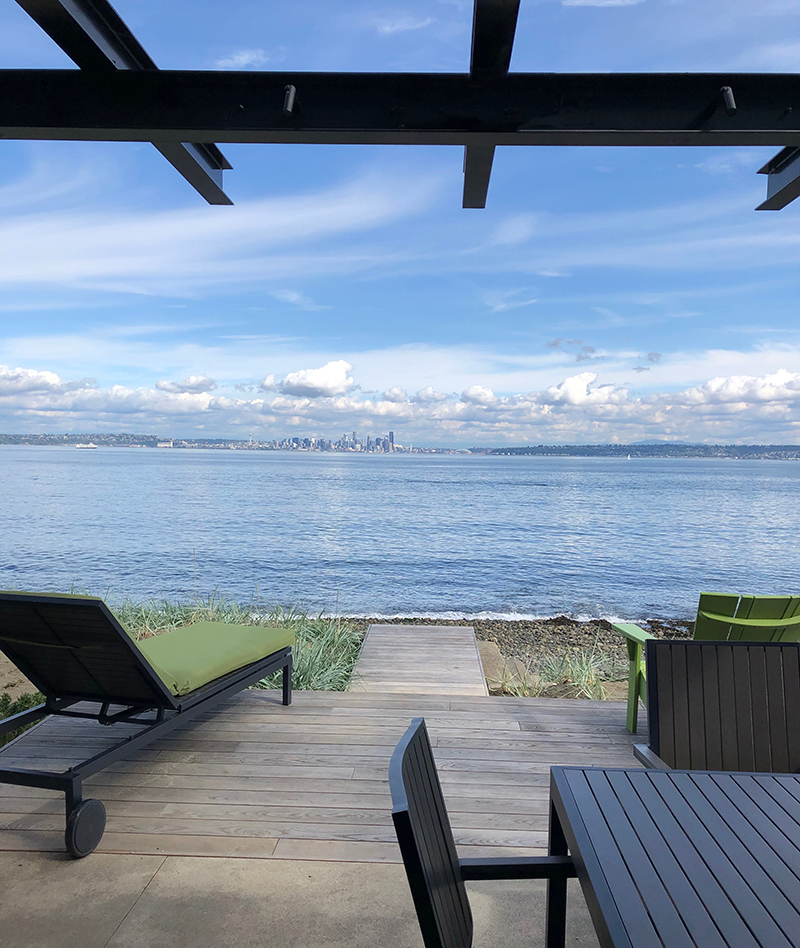 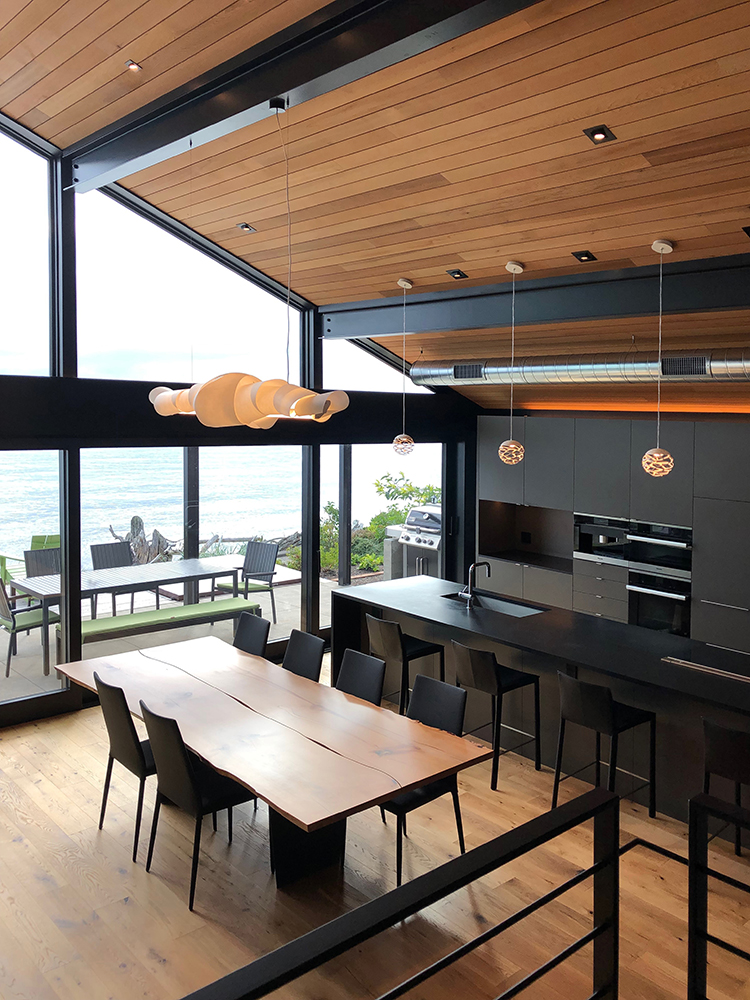 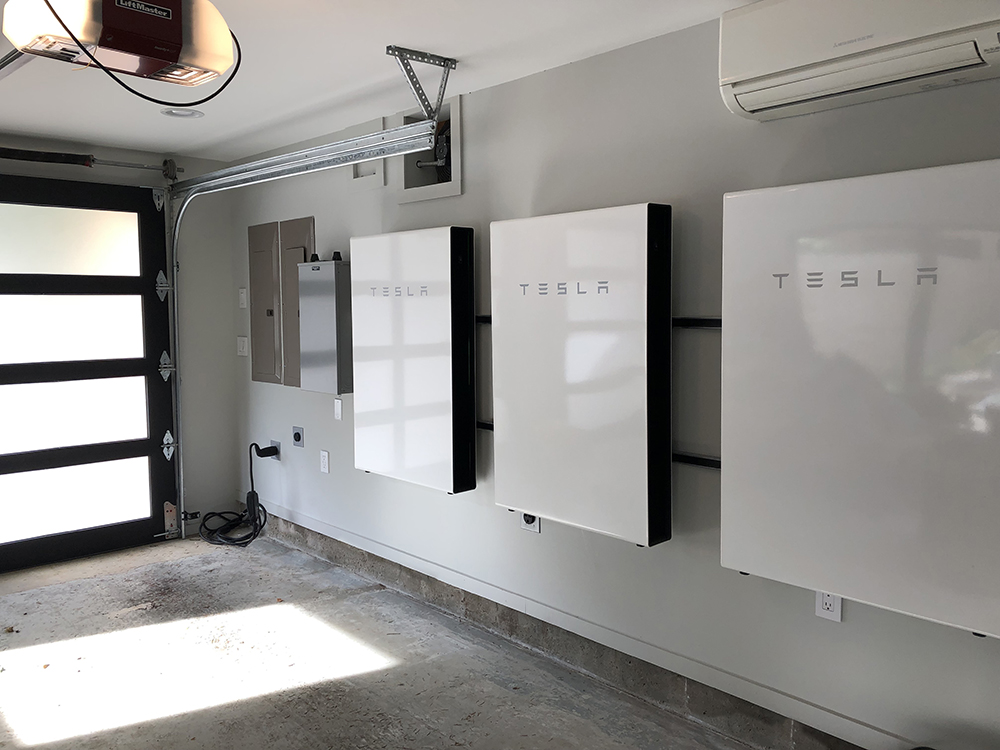 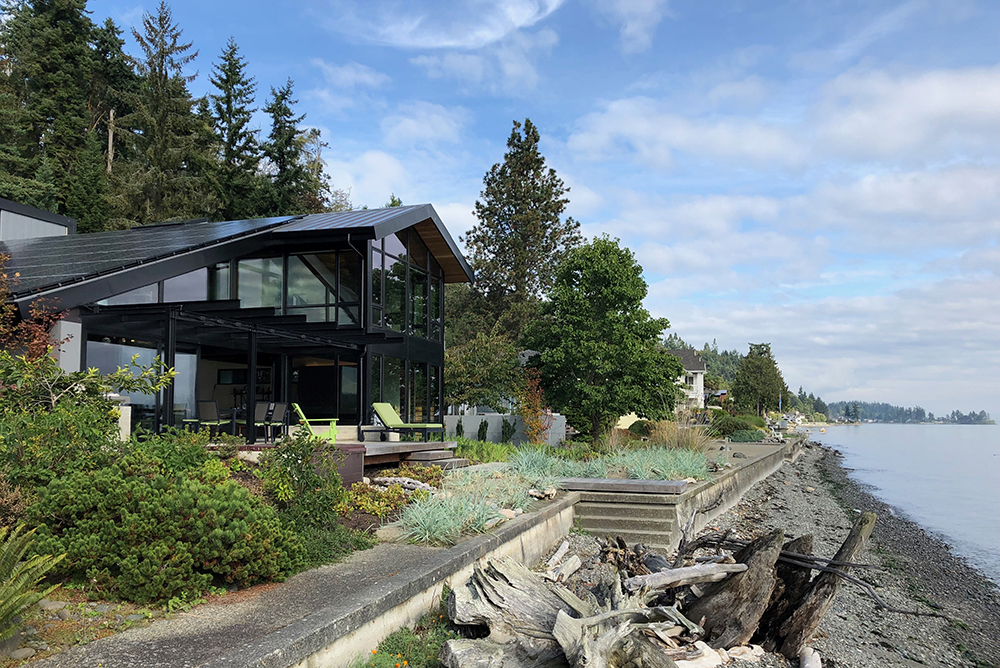 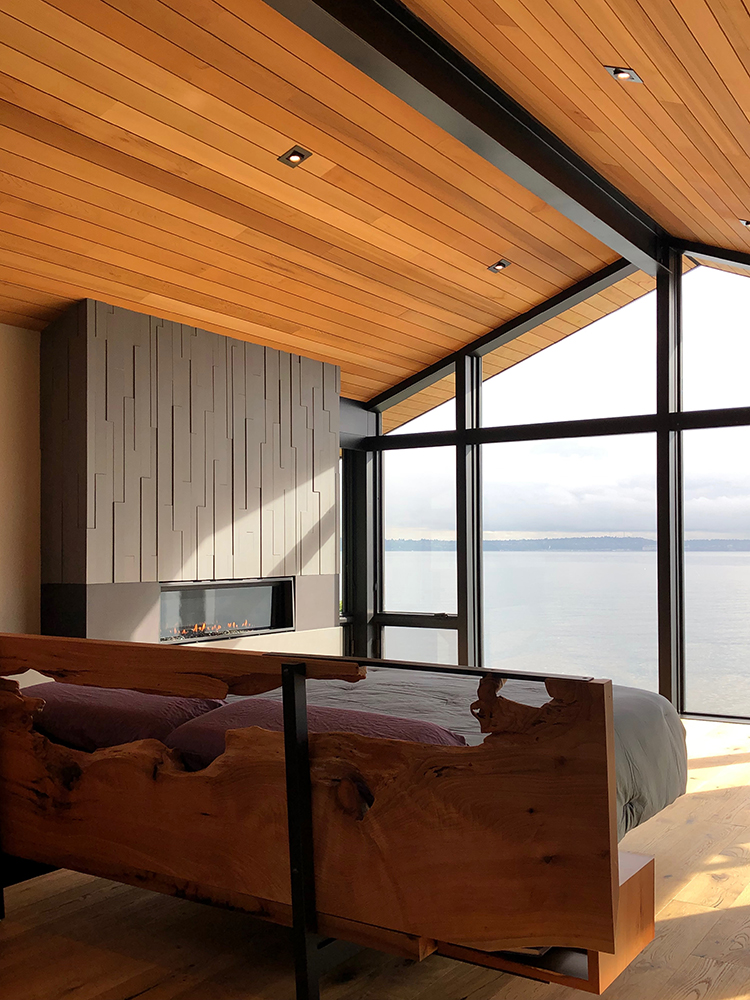 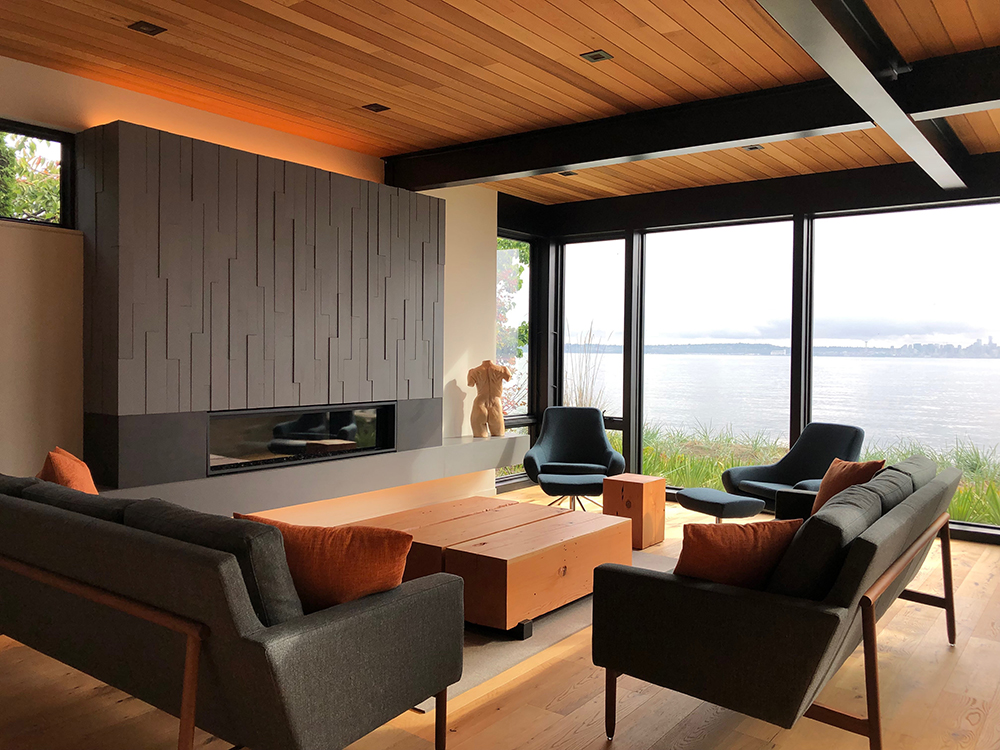 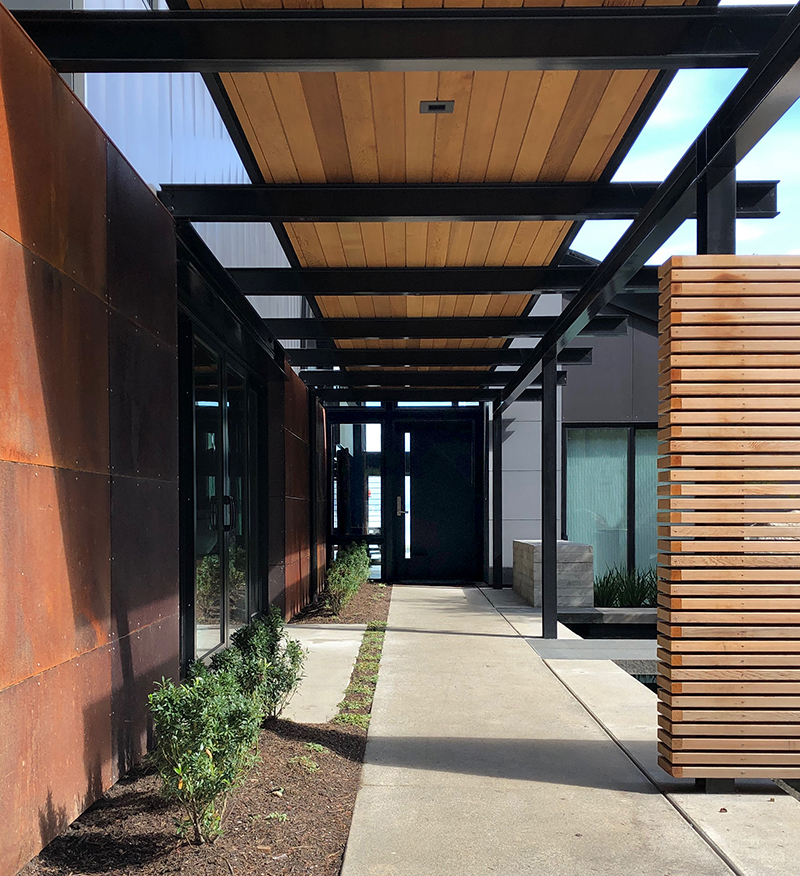 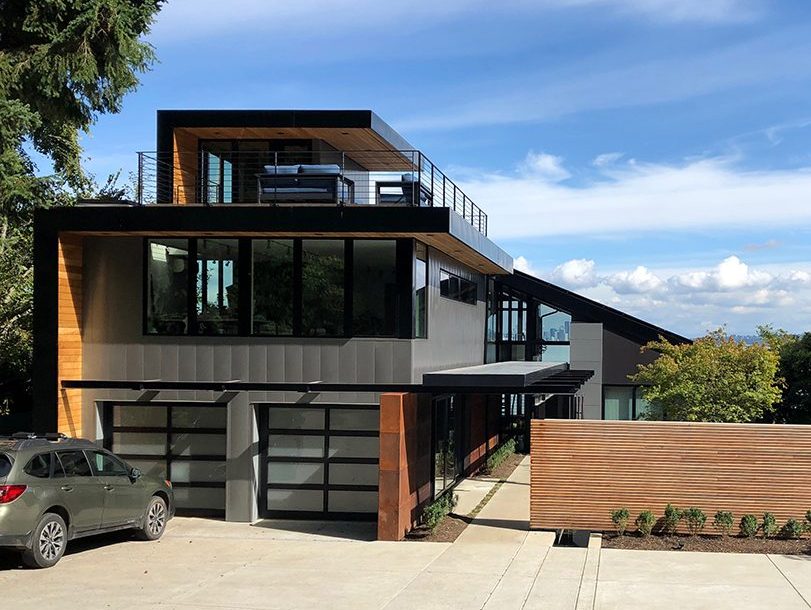 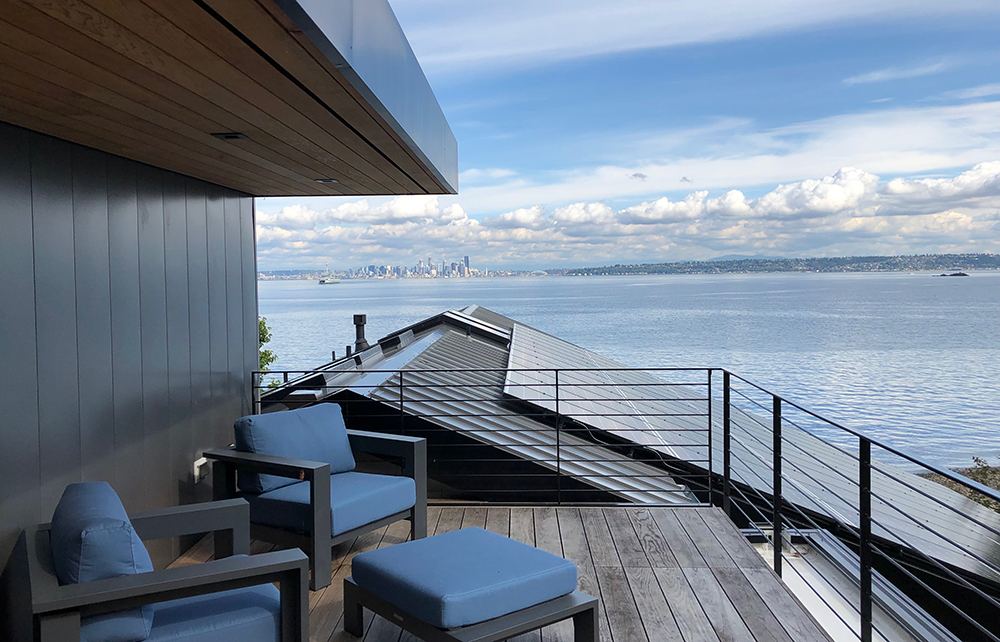 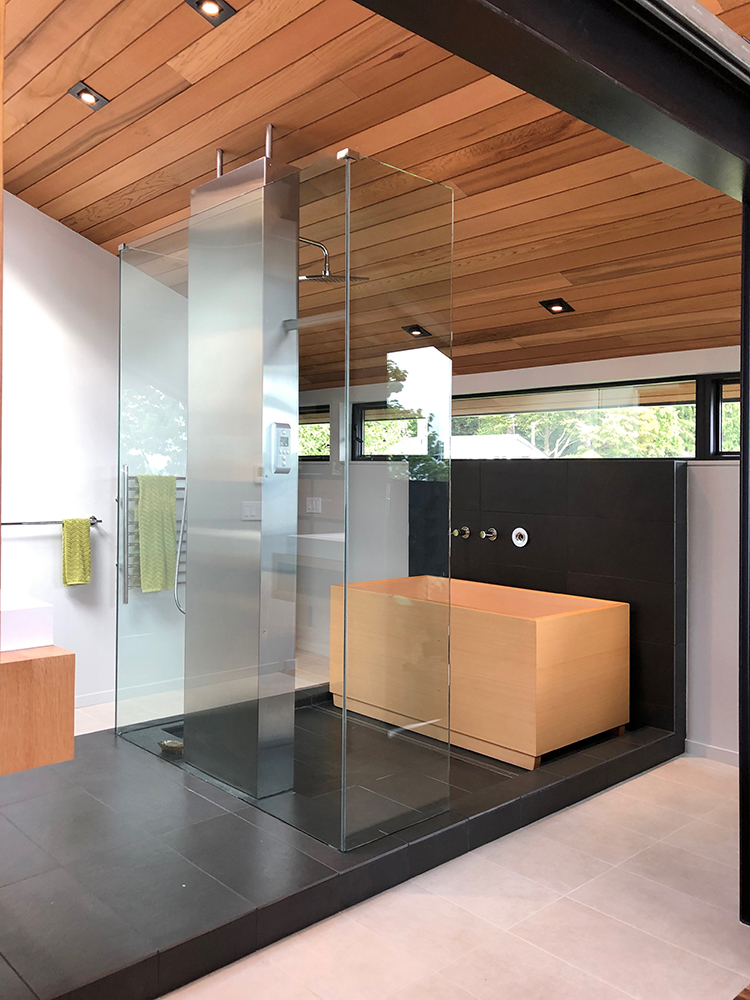